When I told my sister I had to cancel on our plans because two people had dropped out of the kombucha masterclass my friend and I were on the waitlist for she simply replied ‘you’re such a millenial’. And yes, kombucha is a bit of a trendy fad right now, but it’s also a healthy, interesting and tasty thing to learn about! 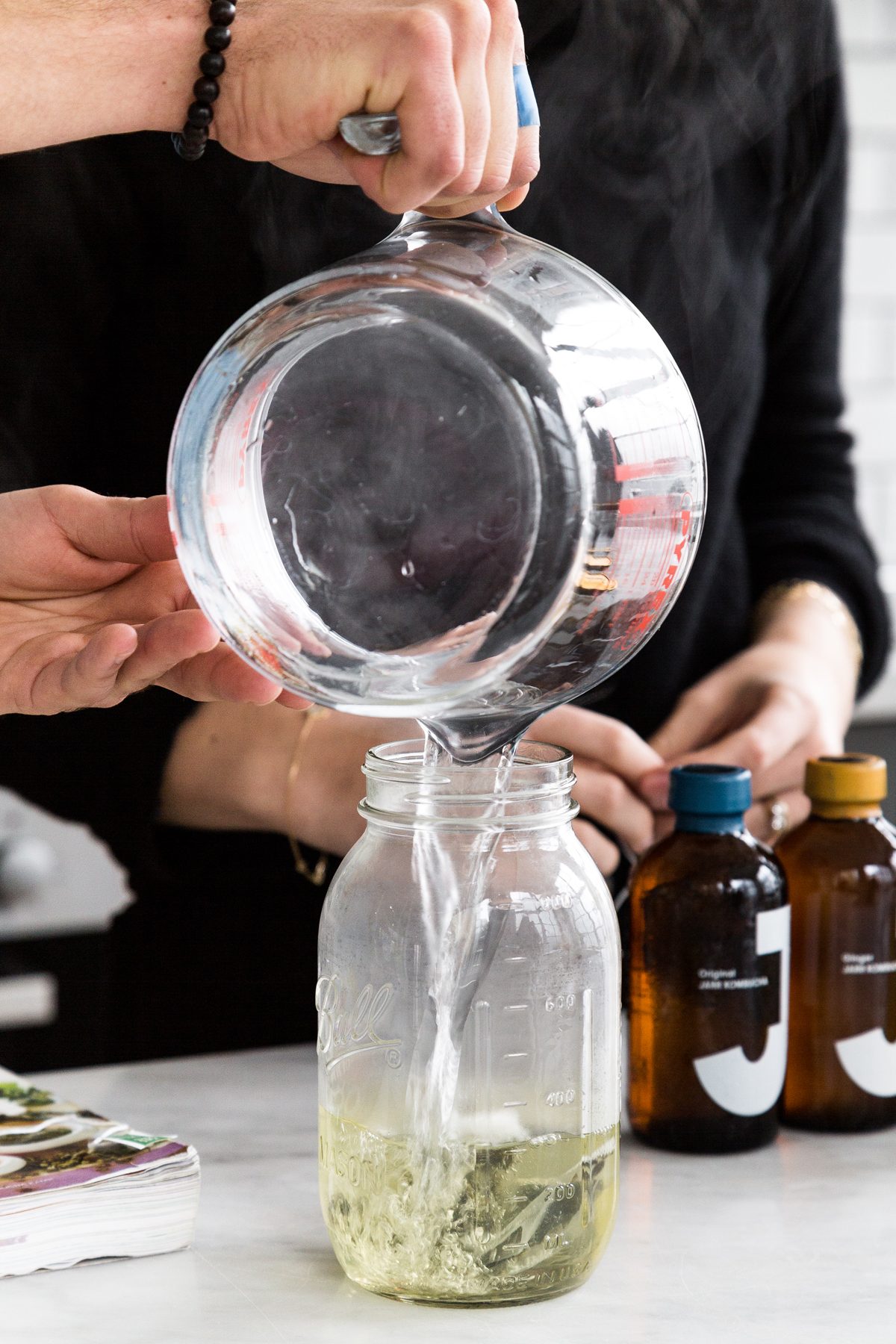 For those who aren’t sure, kombucha is a fermented tea and it’s pretty much packed with goodness. It’s full of antioxidants, probiotics, vitamins and enzymes and this all works together to aid digestion, give you more energy, balance sugar levels and detox your organs! I learned all about this from two of the four guys who founded and run JARR, a craft kombucha microbrewery and the first kombucha tap room in Europe located in Hackney Wick. The evening took place at one of Deliciously Ella’s delis, the one just by Bond Street station. I met my friend, Georgia, at the deli a little earlier and we caught up over a turmeric latte (I’m feeling pretty trendy by this point) while we waited. Deliciously Ella delis have such a relaxed and friendly atmosphere, and I love how it has been styled! The counter has marble worktops and lovely deep blue tiles, and pendant lights hang all around the room. The shelves are styled with jars and flower arrangements and everything feels simple and effortless. 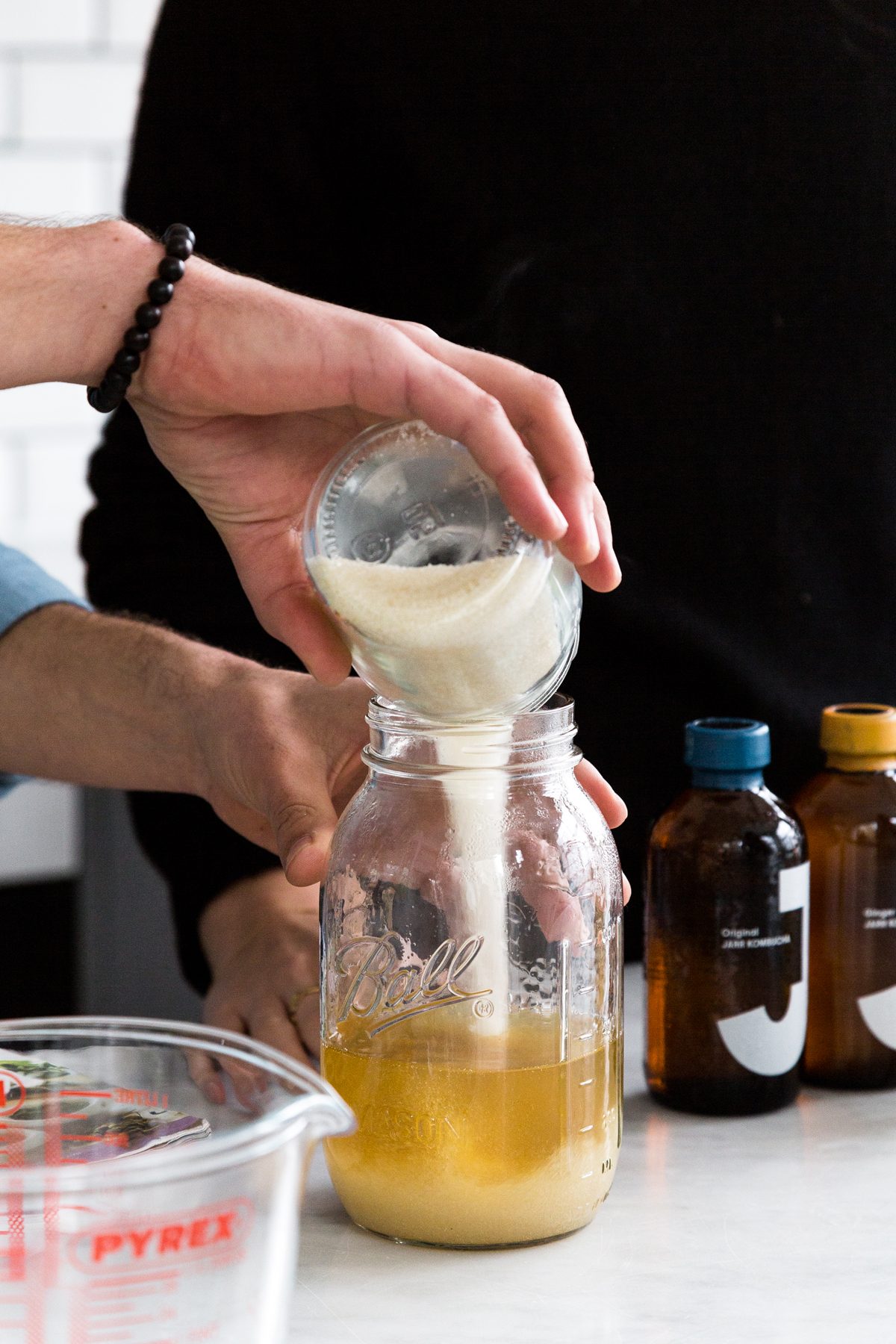 Now on to the class… As we sipped on a bottle of passionfruit kombucha, the guys started off by explaining the origins of the drink. Kombucha was first recorded during the Qin Dynasty in China way back in 221 BC, had travelled to Japan by 414 AD, and made its way across the Silk Road to Russia and Ukraine before hitting Europe and the US. It’s been a huge thing in California since the 90’s and is now becoming more and more popular in Europe as a healthy alternative to fizzy drinks and alcohol. I could happily cut out the former but I have a feeling my Friday night beer isn’t going to be replaced just yet. 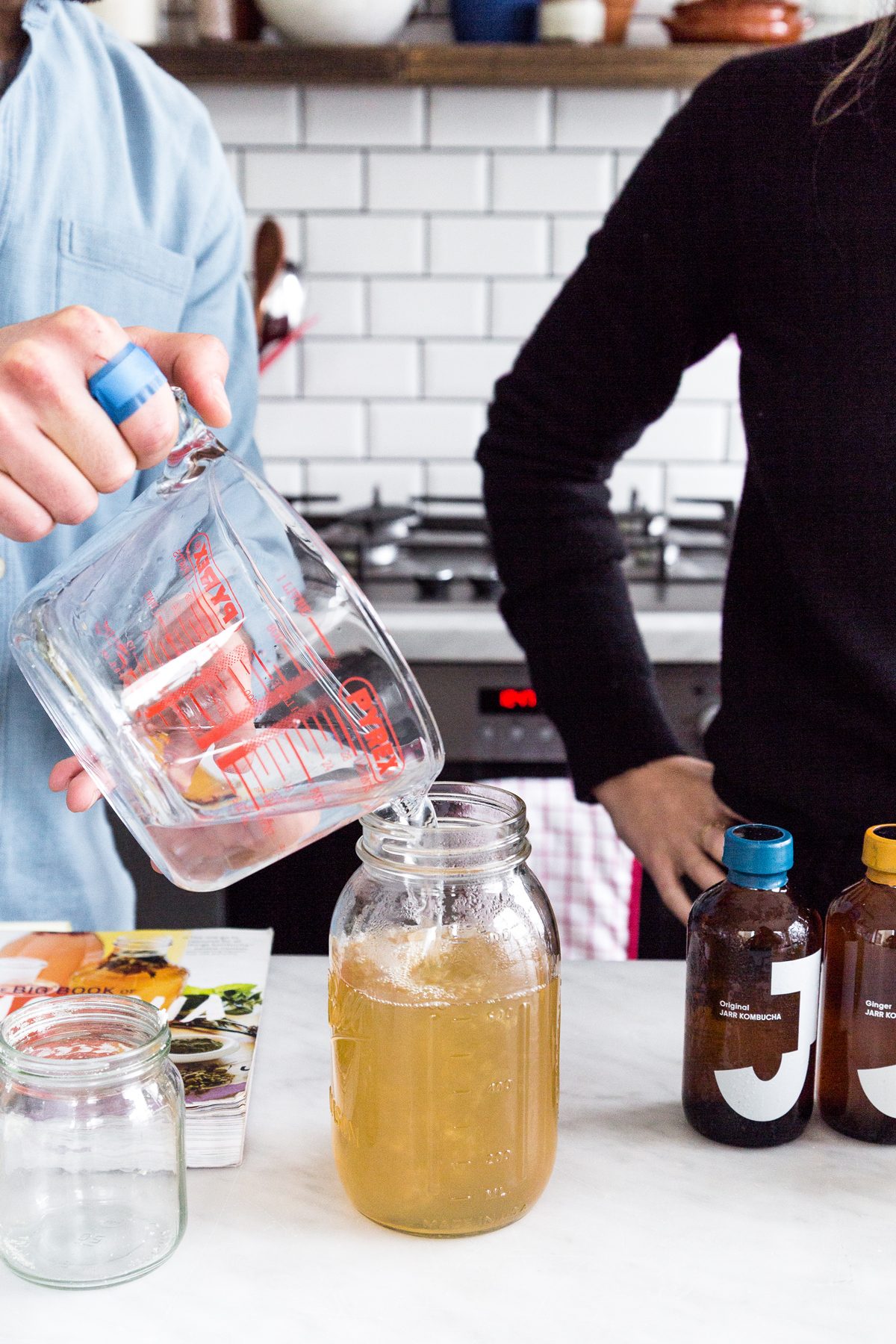 We were all given our own jar, a cloth, green tea leaves and a bottle of starter liquid to start our own brew. The starter liquid is also known as the SCOBY – Symbiotic Culture of Bacteria and Yeast – and is the crucial ingredient. Taken from the JARR website, ‘it’s rich in bacteria and yeast and beneficial acids; the necessary components for properly acidifying your brew and kickstarting the fermentation process’. So this all sounds pretty serious but making it was very easy! I’ll pop a picture of the process at the bottom just in case you want to try making your own. My kombucha is now happily brewing at home next to the radiator. The fermentation process takes about 10 to 14 days so if anyone is interested, drop me an email in a week or so and I’ll let you know how it got on! I’ll probably be bouncing off the walls with all the extra energy – and caffeine. 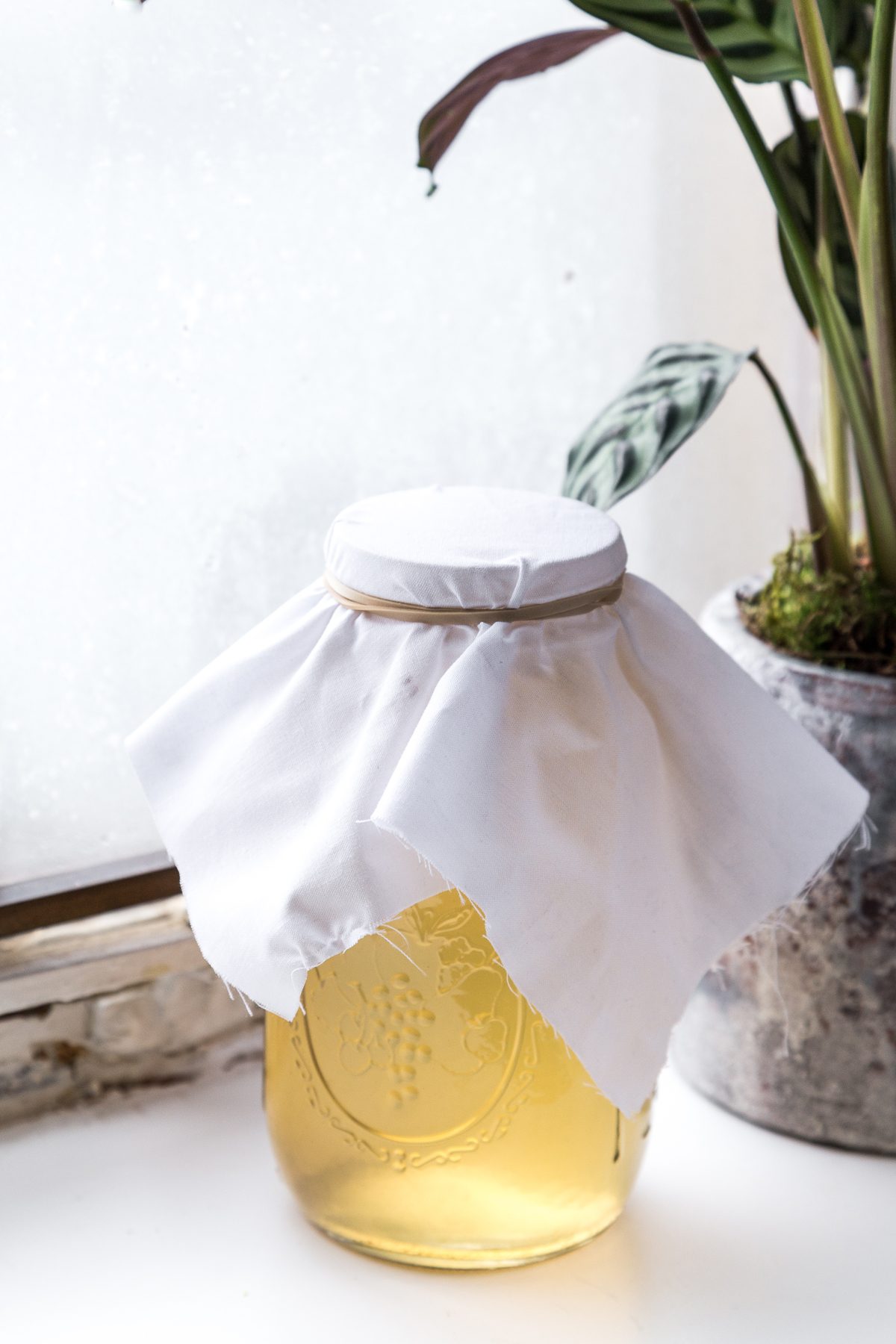 While our kombucha was starting to brew, we had our supper bowls. There were two choices so obviously we picked one of each so we could try a bit of everything. I had a five bean chilli drizzled with garlic cashew cream, cornbread and crunchy slaw and Georgia had cauliflower and butterbean falafel, piquillo pepper and walnut hummus and lemony purple sprouting broccoli. It was all gluten-free and vegan and totally delicious! And although I normally say I need stacks of carbs to feel full, I was stuffed. I still managed to finish a slice of cake before leaving though……

I hope this was fairly interesting and perhaps has even encouraged you to try, or make, kombucha! Here are links to both the JARR and Deliciously Ella websites incase you want to find out any more information or just have a little look. Happy brewing!

The process for making your own kombucha!

Images taken by Holly Farrier for Deliciously Ella and from the JARR website. 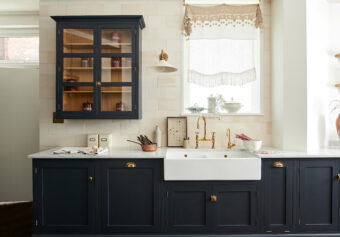 Our Tysoe Street Showroom Has Had A Little Update 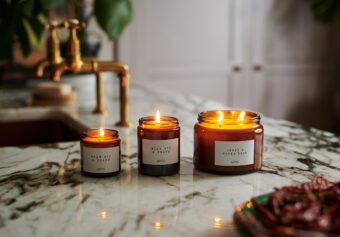 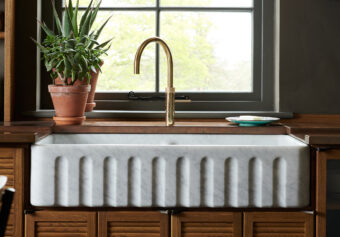