Everybody loves an underdog story, especially us Brits, and I think that’s why the nation has fallen a little bit in love with the boys in blue that have shocked everyone to become the team to beat in this year’s Premier League. Still at the top of the league with only 5 games to go, the whole of Leicestershire (and a few adopted fans from around the world) are getting pretty excited and rallying support for their home team, including us here at deVOL. We are so proud to be a Leicestershire company. Paul and Phil started making classic English furniture in Loughborough over 25 years ago and we never left, all our beautiful pieces are still made there today by a very talented bunch of local craftsmen. Our headquarters and amazing showrooms show off the best of the gorgeous Leicestershire countryside, and as a company we’ve poached a lot of our incredible design team from the local uni. This wonderful county really is at the heart of deVOL, so when our local newspaper, The Leicester Mercury, got in touch to tell us about their #BackingTheBlues campaign that they launched today with BBC Radio Leicestershire to support the team, we jumped at the chance to be involved. You may have noticed our social media’s looking a little blue today, no we don’t have the Monday blues, this is how deVOL, and lots of other local businesses and Leicestershire folk, are showing support for the launch of the #BackingTheBlues campaign which aims to turn Leicestershire blue by April 29th, two days before the club’s highly-anticipated match with Manchester United. So as well as showing our support on Social Media we will also be decorating our workshops and both our Cotes Mill and London showrooms blue…bring on the bunting!! We’re not the only ones that have caught the blue bug, Leicester City Council will be turning the actual city blue as some of Leicester’s most famous landmarks become blue for the day…how cool is that?! Our sister company, Shreddies, who make flatulence filtering underwear here at the Mill, have also got in on the act. They made this awesome pair of custom Leicester City pants for ex-foxes striker, Gary Lineker, after his recent promise to present BBC 1 show Match of the Day in just his pants if Leicester finish top of the league!! So people of Leicestershire, join us in turning your homes blue on April 29th, and the rest of the world, show your support with the #BackingTheBlues hashtag on your Facebook, Twitter or Instagram. Come on LCFC, we know you can do it…just think of Gary on Match of the Day in his custom-made fart pants! 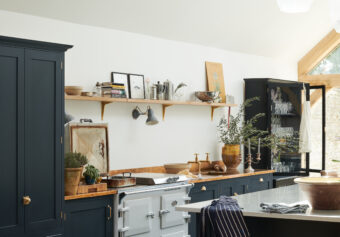 For The Love Of Kitchens - A Chef's Kitchen 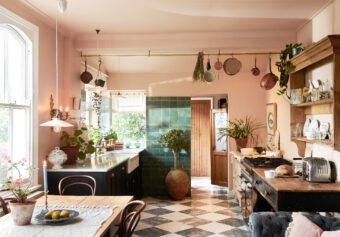 For The Love Of Kitchens - A Kitchen Designer's Kitchen 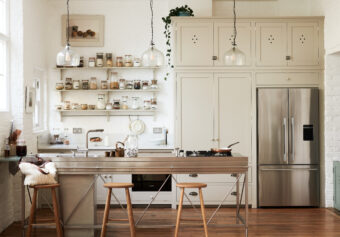 FOR THE LOVE OF KITCHENS - A KITCHEN FOR ENTERTAINING